Omega-3 or Omega-6: Which Is Better in Pediatric Asthma? 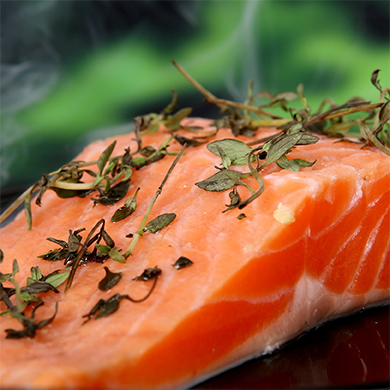 While a diet high in omega-3 fatty acids might lead to less severe asthma and fewer symptoms in response to higher levels of indoor particulate air pollution among children, a diet high in omega-6 fatty acids may have the opposite effects, according to a new study.
To analyze the effect of omega fatty acid intake on pediatric asthma morbidity, strength of indoor asthma symptoms related to particulate matter (PM), albuterol use, and systemic inflammation, the researchers reviewed data on 135 participants aged 5 to 12 years with asthma who were enrolled in the AsthmaDIET Study.
The number of mild, moderate, and severe asthma cases represented among the participants was about the same.
At baseline, the researchers recorded the participants’ asthma severity and lung function. Also at baseline, as well as at months 3 and 6, the researchers measured the participants’ week-long average home indoor concentration of PM2.5 and PM10, dietary intake of omega-3 and omega-6 fatty acids, daily symptoms, and peripheral blood leukocytes.
The participants’ diet, daily asthma symptoms, and asthma medication use were assessed for 1 week at enrollment and again for 1 week at months 3 and 6.
The researchers determined that participants who had higher levels of omega-6 had a higher risk for increased asthma severity and a lower FEV1/FVC ratio.
Further, participants with higher levels of omega-6 experienced an amplified effect of indoor PM2.5 on symptoms and circulating neutrophil percentage, and those with higher levels of omega-3 experienced a reduced effect of indoor PM2.5 on symptoms.
“Omega-3 and omega-6 intake are associated with pediatric asthma morbidity and may modify the asthmatic response to indoor PM,” the researchers concluded.